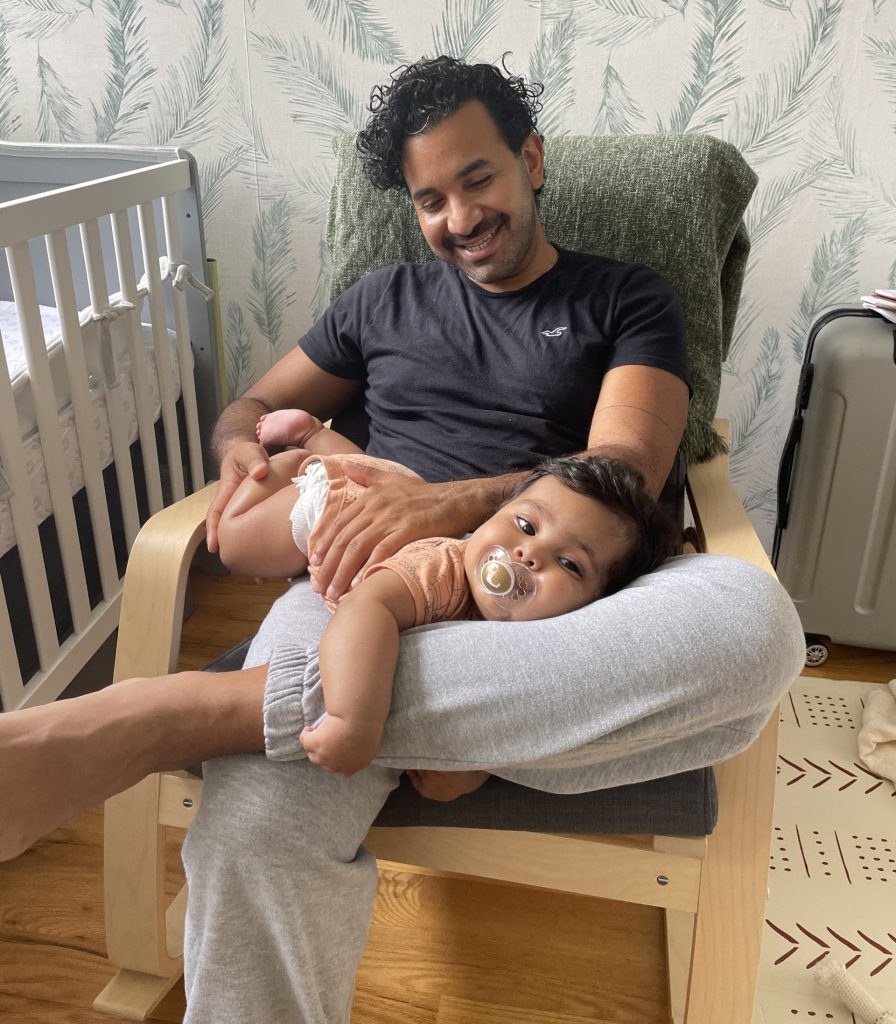 Following the Tradition for the next generations

If before my responsibility as a human being was to know the stories of immigrants like mine, now as a father, preserving our roots and sharing them with the next generations through my work has become the purpose of my art.

Just over 7 years ago I decided to put on the costume of one of the most important characters in my life, and the one that came to change me forever; I’m talking about the complex costume of being an immigrant. Many have been the colors lived since that October 2014: I have discovered new capacities, pushed my limits further, and with the passing of time, my purpose both as a human being and as an artist has focused on knowing more stories of those who left their lands, and understand the nuances that this complex title demands; nuances that are often full of light, but other times lack direction. 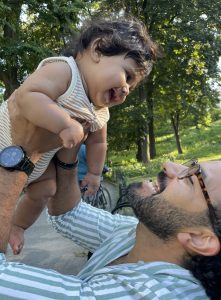 2021, life also granted me the most important role that I could have imagined having until now. I am Lucas’s father, and this has brought about hundreds of transformations and redefinitions in my purpose: one of the most important, creating spaces to transmit to my son the roots of where we come from and our stories, and life has begun to offer me these spaces in the best scenario in which I can act: Through the arts.

…life gave me the opportunity to interpret the story of an immigrant?

After a couple of years of a forced “pause” due to the pandemic pause in quotes, because somehow I was always making art – life gave me the opportunity to interpret the story of an immigrant, in a context where I celebrate my Spanish language and framed in the result of a very strong sense of community that served as a key element for the result we obtained. The character, Emilio Estefan. The project, the world premiere in Spanish of the Broadway musical On Your Feet!, the story of Emilio and Gloria Estefan.

From the first day when we started the creative process, I understood that this play had a much stronger direction than I thought. The story of Gloria and Emilio were the common thread for a celebration that went beyond standing up, dancing and having a good time. It was an invitation to celebrate elements that have a very important weight and value for our culture: honor our roots and rhythms, celebrate our idiosyncrasies, our ancestors, a struggling and hard-working land, the immigrant force, among many others. Having my son in the living room with my wife celebrating our culture, in our language, is a moment that will transcend my life story and will open many conversations with Lucas and the family. 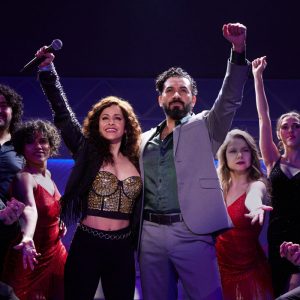 As a special addition to this trip, the On Your Feet En Español team work included at least one representative or descendant from every corner of our Hispanic population (in addition to France and Switzerland). A kind of United Nations for the Arts. Immediately, each of us who were part of the project took an active position in which each step had a direction that escaped to the search for perfection, and instead came closer to the human side..

At the end of the journey, actors, dancers, crew and production went from being co-workers to a group with a very strong sense of family and community, an element that, in addition to contributing greatly to the machinery that we were able to share with those who attended, resonates and motivates me greatly as an artist. Processes like this are very unique in the industry, which turn it into an outstanding life learning.

Remembering that shocking moment and blessed email I received from GALA, in which, after going through the audition process, I was invited to participate for the role of Emilio Estefan, it was news full of magic, fear and commitment at the same time. But here I must be very honest, until then, I only knew Emilio as the famous music producer and husband of Gloria Estefan. However, the deeper I got into his story, the greater my love and commitment to this character.

It was really fascinating to be able to find common corridors in which I could walk with Emilio: In addition to the political context of our countries that forced us in one way or another to detach ourselves from it, both as immigrants, like many others, we had to fight against the adversities of the context, the language barrier, starting over away from the family, among many others.

But above this, his purpose with art, which has always been framed in fighting and keeping in mind his roots both in his music and in his work as a producer are definitely factors that immediately connected me with him; who also celebrates an enormous sense of community, to the point that at the time, his work set the most important footprints for our Latin pop musical culture to transcend beyond its borders. I had in my hands not only a great responsibility, but also a character whose purposes seemed to move on the same frequency as the one I have as an artist.

Finally, our director. Working with Luis Salgado is a guaranteed ticket to a journey towards evolution; full of complexity, humanity, professionalism and a lot of art. Luis has been harvesting from his space and work method a path full of opportunities, both for those of us who have the honor of working with him, and for our community.

His active posture to fight to open new spaces for dialogue about our culture, tell our own stories and reflect on the value that this has in the next generations is undoubtedly a complex of factors that lead the same direction as what feeds my engine as an artist. I am almost certain that one of his artistic seeds was sown in my purpose as a human being. Being able to put into words the value of this experience, in the context in which I develop today is challenging. It is definitely an honor and a privilege to represent this human being. His strengths, his perseverance, his self-confidence, his passion and his love for what he did and continues to do, his desire to create bridges and union between people using music are elements that today I rescue and identify with my goals and objectives. 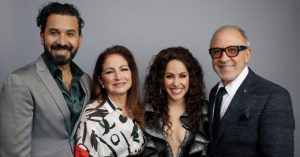 I will always be enormously grateful to be able to give life to this character. From this interpretation, to be able to tell the story of Emilio Estefan, I am also writing my own story, which I hope can also inspire others to continue celebrating our roots, our culture and “Follow the tradition”