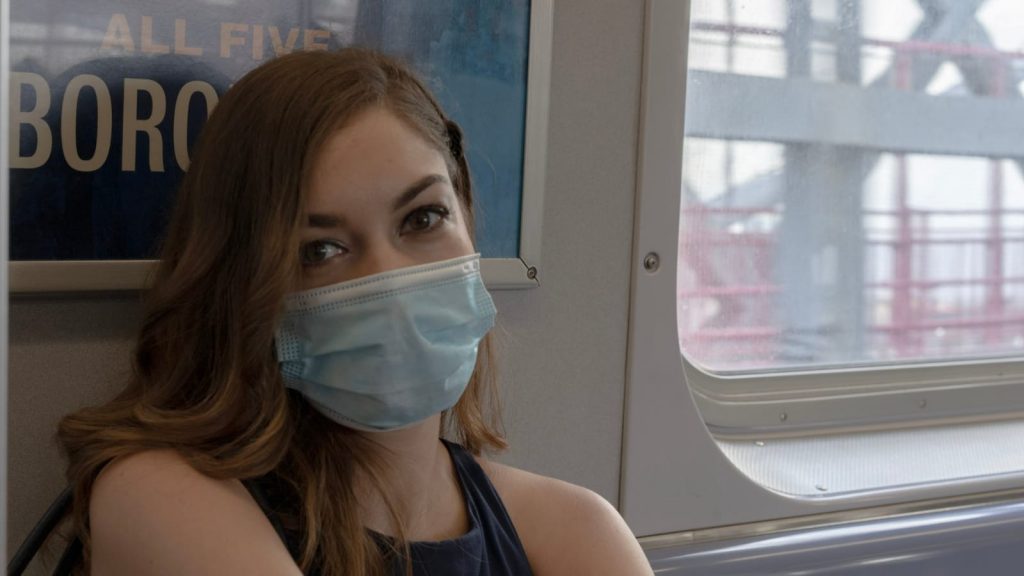 My name is Paloma de Vega. I’m the creator and producer of the short film “Smile”, a concept that emerged in the midst of the 2020 pandemic.

Before the quarantine, I was having a wonderful time in my artistic career. After 4 years of struggle and effort in New York, I had managed to get involved in exciting artistic projects in musicals, films, theatre and dance shows. I founded my own theatre company, “Something From Abroad”, with my friend Martha Preve and we presented 4 original plays. Likewise, in the creative field, I choreographed a musical that was presented at Carnegie Hall. I also had the amazing opportunity to work with Salgado Productions on Fame the musical at Galal Hispanic Theatre in Washington D.C. This extraordinary production was a two-time Helen Hayes winner for best musical and best ensemble. I had the pleasure of being part of this production, giving life to the rock drummer Grace “Lambchops” Lamb in a very special proposal of a wonderful school of dreamers. I was also involved in another project as Luis’ choreography assistant.

And suddenly the world stopped and with it my dreams and hopes. During quarantine, I felt a lot of uncertainty and sadness when I saw that all of my projects tumble down. I tried to find new ways to make money, so I started teaching dance online and doing experimental virtual dance and theatre. I focused on my necessity to express art by writing new projects, and here’s when this short film emerged.

The mask we have to use now, for me, represents a continuous reminder of the COVID situation with all their negative connotations. And in addition, we have a huge handicap to communicate with it because half of our face is covered. So I raised the plot of my story narrated only with the expression of the eyes and looks. I read about a Japanese ceramic repair technique called kintsugi which translates as “golden carpentry” in which the broken pieces of ceramic are joined with gold in a way that highlights the damage of the broken piece, this technique inspired me to show my broken soul and the symbol of this pandemic and turn it into art.

COVID has made us feel global empathy. For the first time I have experienced an event that affects all of humanity so despite agreeing with people you do not know anything about in a given space, you know that the lives of those strangers have changed drastically as has yours.

I am a person who firmly believes that happiness in life is in the small details so my motivation for this little film was to capture that a small gesture, an intention, a subtle action can have a positive impact on others; a simple and wonderful smile. A momentary emotion that can change your day. And I wanted to place it in a space-time frame as common and fleeting as a trip during a subway stop is. To create this piece I had a wonderful team: the actor Mario Peguero, the filmmakers and editors Miguel Garzón and Mateo Salcedo (the latter who also directed the short film with me) and the musician and music producer Nilko Andreas who instrumentalized and produced the small Leit motiv that I composed to support the story.

I want to take this opportunity to thank my crew for their work and involvement in this project and for their professionalism and optimal attitude to this work that has been very special for me as it is the first short film that I create and direct. It has been wonderful to be able to shape together an idea that has come out of my head and my heart and that with the contribution and work of all has obtained the result of “Smile”( the name is given as a tribute to my endearing cinema legend, Charlotte, who inspired me in the movie “Modern Times” ).

I also want to thank Luis, Heather and the Salgado Productions team for the opportunity to make my art visible and the support of it.